My other blog: THE GENEROUS GIVING PROJECT

Durham Diocese is committed to creating and maintaining a safe and nurturing environment for everyone, especially for children, young people and vulnerable adults. It has adopted and approved the Church of England policy for promoting a safer church. This policy deals with all aspects of safeguarding children and vulnerable adults. To discuss any safeguarding concerns […]

Introducing the Parish Giving Scheme to your church 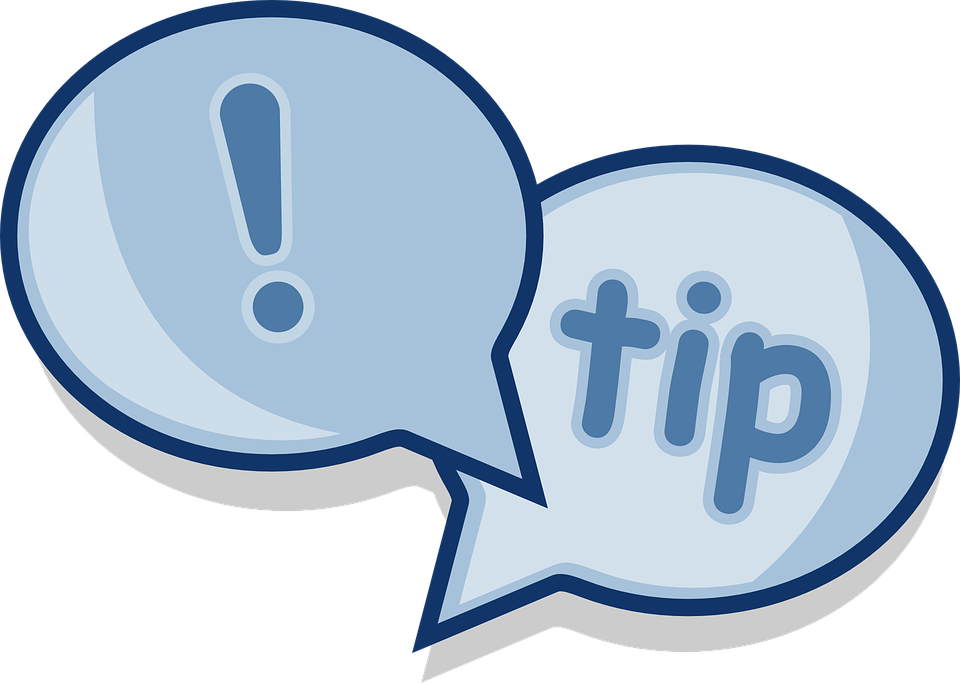 Launching a new way to give is a great opportunity to help others reflect on why, how and what we generously contribute to the work of the church.

VIDEO: The Parish Giving Scheme in One Minute

Turn on your TV, scroll through your social media feed, open a magazine or drive along a street and you are virtually guaranteed to at least see one advertisement, if not, be bombarded by them. You might have even noticed that if you look for something on your computer you’ll soon find advertisements for the […]

The Centennial Light, pictured above, is famous for being the longest-lasting light bulb in the world. It lives at 4550 East Avenue, Livermore, California and, with the exception of a few relocations, power cuts and electrical faults, it has been burning for around 117 years! Light is an amazing aspect of life on earth and […] 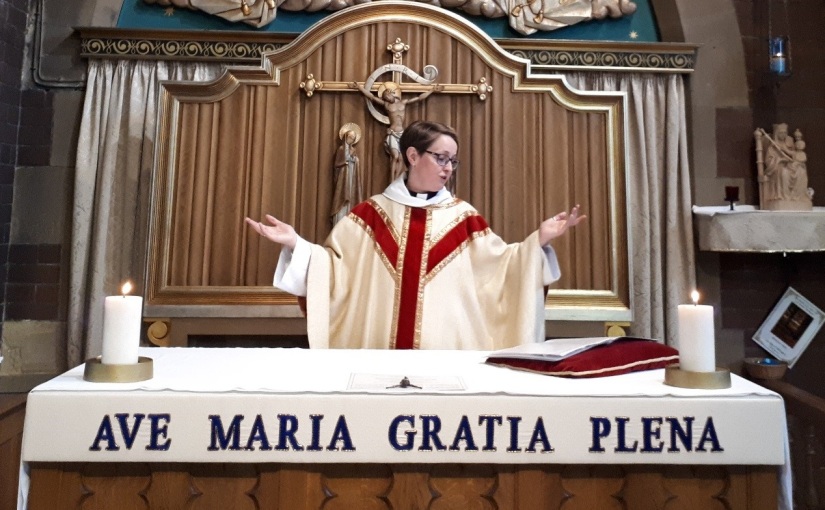 My job is to support Christians in sharing their faith with others. It’s to keep evangelism on the table as a core thing that we do. It’s to help people to take every opportunity to appropriately, comfortably and lovingly give a reason for their faith in the different situations they find themselves; at the pub, online, at Nandos, in church.

And if I’m to be at all useful to the churches I serve, I need to properly understand if different church traditions approach this business of faith sharing differently. Logic would suggest they probably do, since they do most other things differently.

So, let me introduce to you Mother Gemma Sampson, Curate of St Aidan’s and St Columba’s in Hartlepool whom I’m visiting to grill her on this subject of Anglo-Catholic evangelism, just like I did Father Kyle McNeil in my last article. I wanted to interview them both, recognising that Traditional Catholics and Liberal Catholics may well have different approaches to this.

We’ve just got back from evening Mass at St Aidan’s, and to my delight, Gemma has provided a Chinese takeaway which makes me think Anglo-Catholics must be pretty magnificent people. Hanging out with them always seems to involve food.

As I munch on prawn crackers (Gemma would like me to stress that she wasn’t because she’s a vegan!) I start with some pretty basic questions, like this one, to set the scene: how would I know if I was in an Anglo-Catholic church?

“In Anglo-Catholic churches you’ll always find a dedication to Our Lady. The worship will be sacramental [there’ll always be one of the sacraments like Mass or a Baptism within the service. It wouldn’t ever be just preaching and singing for example]. It’ll also be liturgical [centred around a particular printed set of words]. It’s where you’ll find the bells and smells style worship. And you’ll often find Anglo-Catholic churches in places where poverty is higher.”

Our Lady (AKA Mary, Jesus’ mum) gets lots of attention in this tradition and Gemma absolutely loves her. She gets really animated at this point.

“Mary has a massive prominence in our worship. Asking Mary to pray for us is definitely one of the features of Anglo-Catholic worship. In a lot of churches there’ll be a Lady Chapel [a whole chapel dedicated to Mary], and in Anglo-Catholic churches Mary will feature in the Eucharistic prayer and intercessions. Plus the festivals of Mary will be observed, like the Annunciation, and Mary’s month of May [special devotions and services held in the month of May, sometimes outdoors].”

I’ve experienced this myself. I’ve preached in Gemma’s churches a few times and worshipped at St Aidan’s at Easter. It’s where I first learned to recite my Hail Mary. Mary’s everywhere.

“What else is distinctive about Anglo-Catholic worship?” I ask.

“Well,” she leans in over the noodles and does her best serious face “the other thing about Anglo-Catholic worship is it’s all about reverence and awe. There’s no talk about Jesus being my personal Lord and saviour. It’s about the whole church. Community. It’s more God almighty than God all matey.”

I snigger. I love this line. And I know what she means. In Anglo-Catholic churches I always feel very wowed by the experience. It feels formal but in a good way. Awe-inspiring. I love that feeling. It’s brought me to tears so many times and feels incredibly special. I don’t get the same feeling (or at least haven’t yet) in evangelical churches. Yet, I can’t help but also lean comfortably towards the idea that Jesus is my best buddy. Anyway, moving on…

“So bearing all of this distinctiveness in mind, and as I’m here to explore evangelism, tell me Gemma, how do you share your faith?” She thinks for a moment then begins,

“Historically, in the Anglo-Catholic tradition there weren’t things like Alpha courses or Home Groups or that sort of thing. What you’ll find more of is the practical meeting of human need. So, like feeding the hungry.”

Feeding the hungry? Even though I’ve already heard what Fr Kyle had to say on this subject, this kind of answer still stumps me. When I think of sharing my faith, I picture me talking to a person or group of people about how, where and why I became a Christian. I think about story-telling and conversations. Testimony. Words. The Word. So the answer “feeding the hungry” is confusing. It seems to not actually answer the question I asked.

But I trust Gemma so I think maybe I’m asking the wrong question. Or maybe my whole understanding of sharing faith is just completely different from hers. So I press on because I honestly think I’ve misunderstood,

“OK, feeding the hungry… but what about deliberately and obviously talking about or telling people about Jesus? Would you do that? Do you do that?”

“Yes.” She tells me, very matter of fact. I’m confused. I still think we have our wires crossed. “Could you describe that?” I ask.

“Well when we’re feeding the hungry [she means literally, at the kitchen they’ve set up in her church which feeds hundreds and hundreds of local poor people] I bang on about how Jesus thought this was really important and how it’s a Gospel imperative. I tell people about how much he did it.”

Hallelujah. We are on the same wave length. This wonderful, intelligent and deeply committed priest does know what I’m asking, and does, literally, tell people about Jesus. She simply tells the hungry people who turn up at her church’s kitchen why she’s caring for them in the first place.

“So what I wouldn’t say is, ‘Oh you’re hungry, what you really need is to know Jesus and then you won’t be hungry anymore.’ I think the Pope says something like ‘You feed the hungry and then you pray for them and that is how prayer works. You don’t just pray that God will end poverty. You meet the need then you pray.’ I think that’s a very authentic expression of the Christian faith. People want to help those in need. I just connect the dots by saying ‘Well I feed hungry people because I love Jesus and Jesus massively cares for the poor. And Jesus is food and we’re fed in the Mass so we can feed other people.’”

And then her eyes properly light up and she puts down her fork. She’s just mentioned Mass, and as an Anglo-Catholic, she definitely has more to say on this topic.

“I haven’t mentioned the real presence yet! I have to tell you about that. It’ll blow your mind.” I put my fork down too. It’s about to get serious.

(here’s part 2 but warning… it gets pretty weepy at the end!)